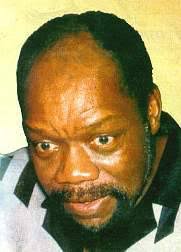 Chukwuemeka “Emeka” Odumegwu-Ojukwu (4 November 1933 – 26 November 2011) was a Nigerian military officer and politician who served as the military governor of the Eastern Region of Nigeria in 1966 and the leader of the breakaway Republic of Biafra from 1967 to 1970. He was active as a politician from 1983 to 2011, when he died aged 78.

Chukwuemeka “Emeka” Odumegwu-Ojukwu was born on 4 November 1933 at Zungeru in northern Nigeria to Sir Louis Odumegwu Ojukwu, an Igbo businessman from present-day Nnewi, Anambra State in south-eastern Nigeria. Sir Louis was in the transport business; he took advantage of the business boom during World War II to become one of the richest men in Nigeria. He began his educational career in Lagos, southwestern Nigeria.

Emeka Ojukwu started his secondary school education at CMS Grammar School, Lagos aged 10 in 1943. He later transferred to King’s College, Lagos in 1944 where he was involved in a controversy leading to his brief imprisonment for assaulting a British teacher who put down a student strike action that he was a part of. This event generated widespread coverage in local newspapers. At 13, his father sent him to the United Kingdom to continue his education, first at Epsom College and later at Lincoln College, Oxford University, where he earned a master’s degree in History. He returned to colonial Nigeria in 1956.

Ojukwu joined the civil service in Eastern Nigeria as an Administrative Officer at Udi, in present-day Enugu State. In 1957, after two years of working with the colonial civil service and seeking to break away from his father’s influence over his civil service career,[8] he left and joined the military initially enlisting as a non-commissioned officer (NCO) in Zaria.

Ojukwu’s decision to enlist as an NCO was forced by his father’s (Sir Louis) pulling of political strings with the then Governor-General of Nigeria (John Macpherson) to prevent Emeka from getting an officer-cadetship. Sir Louis and Governor-General Macpherson believed Emeka would not stick to the grueling NCO schedule however Emeka persevered. After an incident in which Ojukwu corrected a drill sergeant’s mispronunciation of the safety catch of the Lee-Enfield .303 rifle, the British Depot Commander recommended Emeka for an officer’s commission.

From Zaria, Emeka proceeded first, to the Royal West African Frontier Force Training School in Teshie, Ghana and next, to Eaton Hall where he received his commission in March 1958 as a 2nd Lieutenant.

He was one of the first and few university graduates to receive an army commission.[16] He later attended Infantry School in Warminster, the Small Arms School in Hythe. Upon completion of further military training, he was assigned to the Army’s Fifth Battalion in Kaduna.

At that time, the Nigerian Military Forces had 250 officers and only 15 were Nigerians. There were 6,400 other ranks, of which 336 were British. After serving in the United Nations’ peacekeeping force in the Congo, under Major General Johnson Thomas Aguiyi-Ironsi, Ojukwu was promoted to Lieutenant-Colonel in 1964 and posted to Kano, where he was in charge of the 5th Battalion of the Nigerian Army.

1966 coups and events leading to the Nigerian Civil War

Lieutenant-Colonel Ojukwu was in Kano, northern Nigeria, when Major Patrick Chukwuma Kaduna Nzeogwu on 15 January 1966 executed and announced the bloody military coup in Kaduna, also in northern Nigeria. It is to Ojukwu’s credit that the coup lost much steam in the north,[17] where it had succeeded. Lt. Col. Odumegwu-Ojukwu supported the forces loyal to the Supreme Commander of the Nigerian Armed Forces, Major-General Aguiyi-Ironisi. Major Nzeogwu was in control of Kaduna, but the coup had failed in other parts of the country.

By 29 May, the 1966 anti-Igbo pogrom started. This presented problems for Odumegwu Ojukwu, as he did everything in his power to prevent reprisals and even encouraged people to return, as assurances for their safety had been given by his supposed colleagues up north and out west.

On 29 July 1966, a group of officers, including Majors Murtala Muhammed, Theophilus Yakubu Danjuma, and Martin Adamu, led the majority Northern soldiers in a mutiny that later developed into a “Counter-Coup” or “July Rematch”.The coup failed in the South-Eastern part of Nigeria where Ojukwu was the military Governor, due to the effort of the brigade commander and hesitation of northern officers stationed in the region (partly due to the mutiny leaders in the East being Northern whilst being surrounded by a large Eastern population).

The Supreme Commander General Aguiyi-Ironsi and his host Colonel Fajuyi were abducted and killed in Ibadan. On acknowledging Ironsi’s death, Ojukwu insisted that the military hierarchy be preserved. In that case, the most senior army officer after Ironsi was Brigadier Babafemi Ogundipe, should take over leadership, not Colonel Gowon (the coup plotters choice), however, the leaders of the counter-coup insisted that Colonel Gowon be made head of state. Both Gowon and Ojukwu were of the same rank in the Nigeria Army then (Lt. Colonel). Ogundipe could not muster enough force in Lagos to establish his authority as soldiers (Guard Battalion) available to him were under Joseph Nanven Garba who was part of the coup, it was this realisation that led Ogundipe to opt-out. Thus, Ojukwu’s insistence could not be enforced by Ogundipe unless the coup plotters agreed (which they did not). The fall out from this led to a standoff between Ojukwu and Gowon leading to the sequence of events that resulted in the Nigerian civil war.